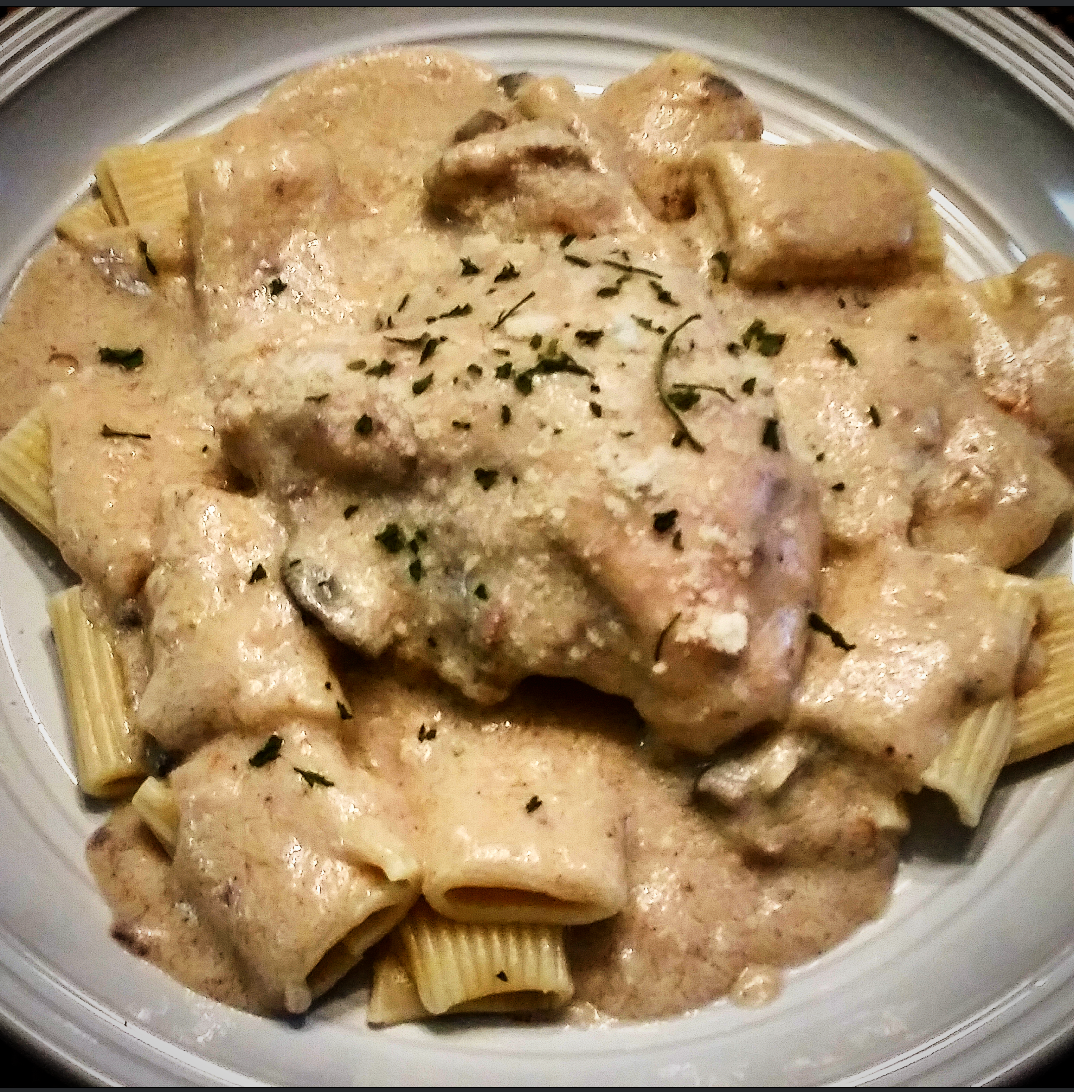 As a kid my grandmother had a go to meal she would create in the crock pot while gone at work all day. It never occurred to me as a child that slow cooking helps bring out some of those hidden robust flavors. All she would do is take a few cans of cream of mushroom soup and slow cook a few chicken breasts in it for 8 hours. Just enough time for young Jordan to come home from school forced to smell the delicious aroma permeating through the house, unable to eat any of it without serious consequence. Today I’ve decided to recreate this dish, but in my own creative way. By adding a few spices like nutmeg and bay leaves we transform the basic cream sauce to a more flavorful version using a bechamel variation. Making the sauce from scratch also adds a kick that the canned soup just can’t deliver.

Cream of Mushroom and Chicken

16oz half and half

In a large pot, add butter until halfway melted, and 2 to 3 tbsp. of flour and whisk until creamy. Once your roux has been made and there are no clumps reduce heat to low and add minced garlic and onion.

Next add 8oz half and half (this will create a liquid top to your cream), mushrooms, nutmeg and salt and pepper. Stir gently and incorporate all ingredients until creamy again. Simmer together for 2 minutes